Note: You may not legally attach the original grip or barrel to any receiver other than this one; they are associated with the serial number on this receiver. The barrel is included in case you want to swap it out, and the grip is included in the event that you want to convert this shotgun to a non-Title II/NFA firearm.

Note: This is a Title II/NFA item; all Title II/NFA rules apply. This item may only ship to an FFL that holds an SOT which allows for transfers of Title II/NFA items. Please see our shipping restrictions and warranty & refund information prior to placing an order.

There are no reviews yet.

Only logged in customers who have purchased this product may leave a review. 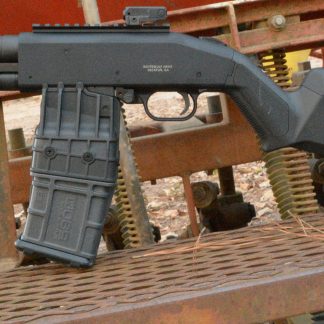